Mediation is a process conflict resolution, in which a trained intermediary assists disputants to arrive at a mutually agreeable settlement. In this intriguing interview, Joshua Greene, a seasoned mediator and instructor of the Gita, evaluates the Bhagavad Gita through the lens of mediation.

Integral Yoga Magazine: Would you consider Krishna to be a mediator? 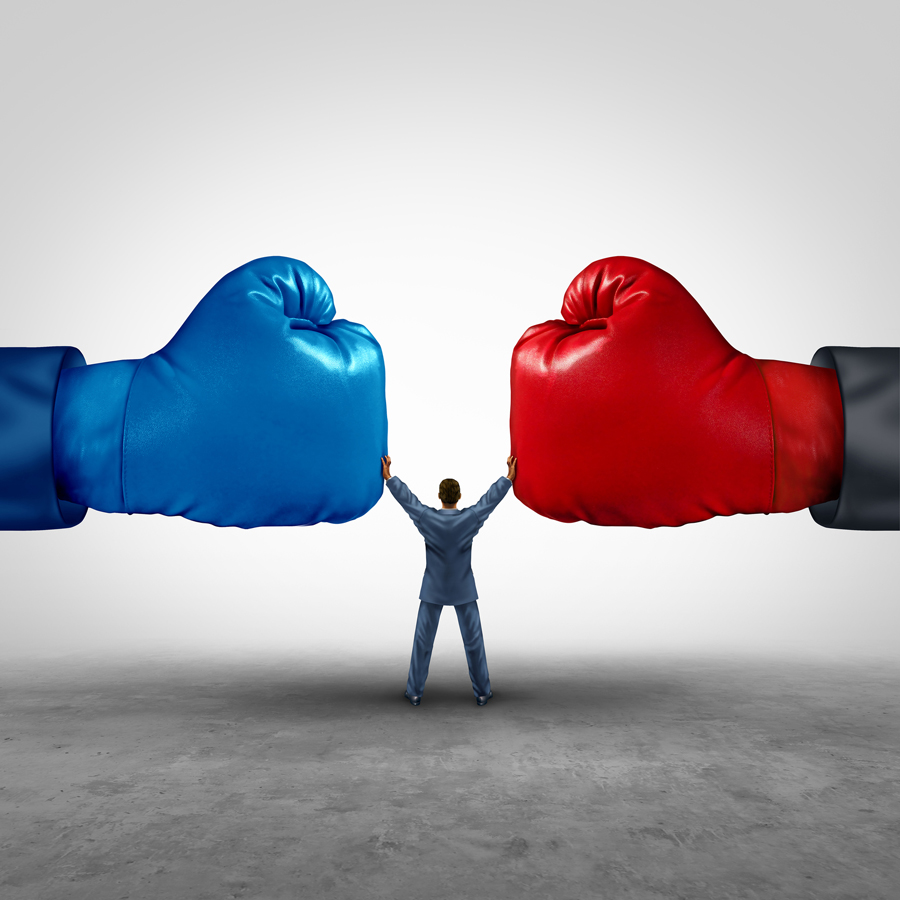 Joshua Greene: Krishna was the original mediator. In Chapter Nine, verse 29, he says: “I envy no one nor am I partial to anyone; I am equal to all.” This is the ideal stance for a mediator. Krishna tried many ways to bring the Pandavas and Kauravas to a point of settlement without having to go to war. He proposed various alternatives such as land concessions and appeal to higher authority. He served as messenger and personally took letters back and forth between the two camps. He even went beyond the role of a traditional mediator by offering to become personally involved. He offered to be an advisor to one side and to give his armies to the other. That transcends the usual limits but the point is that mediation is not alien to the context of the Gita. Mediation in some respects is the awakening of a deeper consciousness among disputants. If you can come to see the other, not as your enemy, but as someone experiencing life from a different perspective, you are honoring them as you would have them honor you—that’s a spiritual principle.

IYM: How does Krishna approach the underlying cause of conflict?
JG: Conflict is rarely what people think it is. We are subject to imperfections, so we don’t see clearly—we are in illusion, maya, and often hold unreasonable expectations. The first rule of mediation is to allow people to express what they think the problem is and then then the mediator’s job is to help the participants arrive at a clearer understanding of why they are there.

This is exactly what happens in the Gita. The Gita opens in the same way as a traditional mediation. Arjuna speaks to Krishna and describes why he thinks he is there: I see my enemies here. I know I must fight, I can’t fight. He gives all kinds of reasons for what he believes the situation to be. The first thing Krishna says is: Let’s bring this back further—the cause behind the cause. I’m putting aside the irony of the fact that Krishna ultimately induces Arjuna to fight a battle. Most mediations seek to diffuse conflict; in this instance, we see a very different outcome, where the dilemma Arjuna is in is also brought about by illusion—an illusion that incapacitates him and stops him from acting when he should be acting.

IYM: What is the role of a mediator?
JG: A mediator is not there to solve the disputants’ problem. A mediator helps disputants find a mutually agreeable solution by themselves. Krishna never orders Arjuna to do anything! Krishna lays things out, he responds to what Arjuna is saying—so he’s listening and not pontificating. The conclusion of Gita is not an order such as “Thou shalt fight, kill or do what I think,” but rather, “Do what you think best.” That’s good mediation, and it’s an important principle in spiritual life. The idea is not that we come to a guru and surrender our free will and are no longer responsible for making decisions. It’s not that the guru decides everything and we just fall into step. Mature spiritual understanding is not relinquishing responsibility, but assuming responsibility with wisdom.

IYM: What distinguishes a good from a bad mediator?
JG: Mediators themselves are subject to the three gunas (qualities of nature): goodness, passion and ignorance. A mediator in the mode of goodness will establish trust and remain neutral, impartial to both sides, patient, calm, fair, comforting and determined. In the mode of passion, a mediator will often push for the solutions they think are best. He or she will be more interested in a successful outcome—getting a result—rather than conducting a dispassionate mediation. They will prefer one side over another. They are likely to take credit for any success that occurs rather than crediting the disputants. In the mode of ignorance, a mediator is easily frustrated, distracted and not very effective and won’t listen well. Disputants will often distrust the mediator. A seasoned mediator doesn’t expect to always succeed in resolving issues between disputants. If there’s going to be a battle, however, it can be conducted in a civilized manner. A mediator will facilitate so the disputants can arrive at an agreement about how to reconcile their differences, how to separate if they are going through a divorce and so on.

IYM: Would a mediator with grounding in the Gita have certain advantages?
JS: Absolutely. Some fascinating work is going on in international diplomacy. The work of religious mediators is being acknowledged as one of the most effective tools in negotiation for three reasons. First, mediators grounded in faith are not looking for personal aggrandizement—they are looking to serve. That attitude of service wins the confidence of both sides in a dispute. A disputant will think: If I know I can trust you, I will tell you something I may not tell my enemy. Second, their character is unimpeachable. They walk their talk and live a holy life, so they can be trusted to recommend fair and honest settlements without hidden agendas. And third, they operate on what is called “Track Two diplomacy,” which is anonymous and behind closed-doors. You won’t hear about the work of these people because they don’t have egos and won’t invite the press or seek headlines. There is a history of success with these Track Two diplomats. They are moved by core convictions of the sacred life.

IYM: Do you think we will see more applications of the Gita in various fields?
JS: Undoubtedly. There are the obvious areas, for example corporate CEOs hiring gurus and swamis to give classes about the Gita in the workplace. It’s clear we can’t ask people to check their souls at the door and retrieve them after 7pm. Honoring employees and employers as spiritual beings can build confidence, improve productivity, and so on. But the more significant applications are happening in the fields of medicine, physics, neurology, the hard sciences. The people who have impressed me most recently are devotees of the Gita operating in the areas of peacekeeping, negotiation, environment, education, interfaith dialogue. There we see the Gita’s insights into consciousness and behavior working to achieve remarkable inroads in areas such as armed conflict, poverty, environmental danger. Those operators all seem to share in the Gita’s vision of the sanctity of all life.

IYM: What do you feel is the core message of the Gita and its implications for mediation?
JG: In the second chapter, Krishna emphasizes the common thread in all wisdom cultures, namely we are not the physical or mental self. We are the consciousness that animates those outer shells. That consciousness is a spark of God and through certain disciplines such as Yoga, meditation, mantra repetition and contemplative practices, we can awaken that consciousness which is now asleep in us. There’s maturation to consciousness that starts in early childhood and is described in the Puranas, or Sanskrit histories. In the beginning, our concept of self is limited to the stomach: I am my hunger. This is the level of annamaya, when food and everything else goes into the mouth. Then the concept of self expands as the child matures and can begin to see other people: Oh look, this is the person who is giving me my food. This is the anamaya level. As that awareness grows then we come into manomaya, we begin to have a sense of community and realize we are part of humanity. When that extended awareness becomes matures further and we become contributing members of that greater community, that is vijnanamaya—the point of wisdom. We now acknowledge not only that we are members of a universal community, but our obligations to that community that affects our behavior, duty, charity and participation.

There’s an even higher stage, anandamaya, where we realize that our responsibility to the greater collective is not something that we undertake because it’s the right thing to do, the moral thing or the socially acceptable thing. We do it because we understand there is a bit of us in everyone else. All of this is described in the Gita when Krishna says that the greatest yogi is one who, through personal experience, recognizes the equality of all beings. There, in a nutshell, you have the formula for peace. The bottom line is that how we live our lives matters. It matters deeply. It’s something as simple as living a clean life and being happy. Simple steps, like taking a little time every day to center yourself through Yoga, can have profound effects.