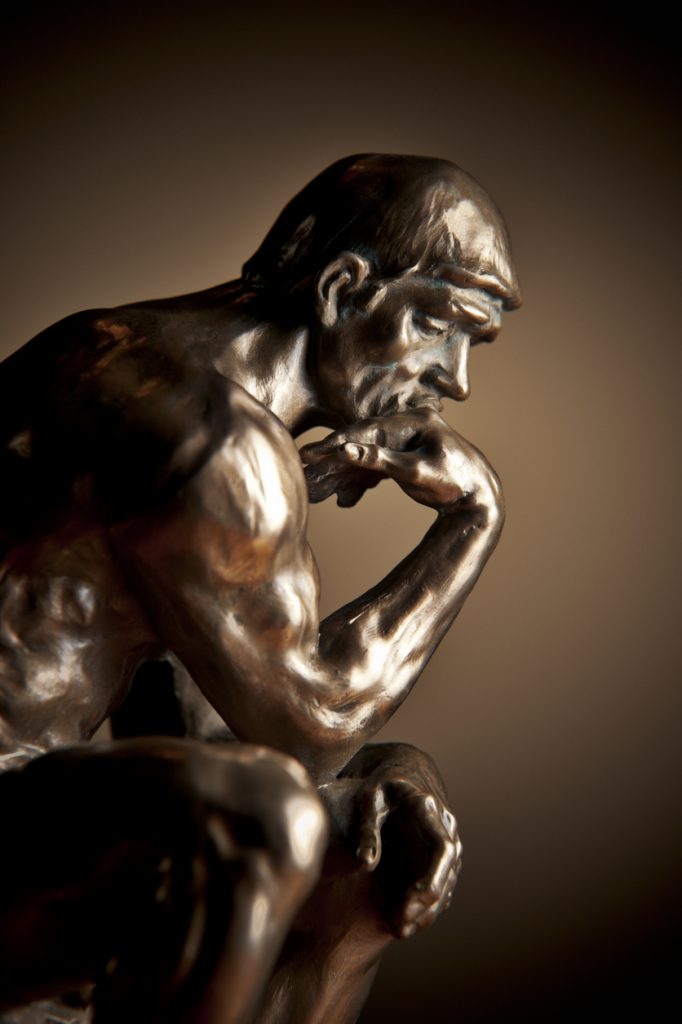 “The Thinker” by August Rodin depicts a man tormented by mental uncertainty. Completed in 1902, the six-foot-tall sculpture portrays Italian poet Dante Alighieri in front of the gates of hell, pondering his own poem “The Divine Comedy.” Dante’s poem proposes that we create our own heaven and hell, and as we observe the thinker’s intense deliberation we feel his torment. Will humanity cultivate an open mind about the greater mystery of life, or are we forever doomed to the hell of our prejudices and fears?

A strong mind can be a great asset, particularly when we seek to champion an unpopular position. The Bhagavad Gita cautions that it can also be our worst adversary. Too often, a stubborn mind stops us from listening to those who disagree with our ideas. Fear of being wrong reinforces our familiar patterns of thought and behavior, however self-destructive. This verse indirectly advocates keeping an open mind about unfamiliar or uncomfortable perspectives. An open mind is the gateway to freedom, since freedom lies not in being right and insisting on our rightness but in knowing we are protected by Krishna dwelling in our hearts—a resource that empowers us to set aside the need to “win” and become available to serve others.