“As the ignorant perform duties with attachment to results, the learned may similarly act but without attachment, for the sake of leading all the world on the right path.” 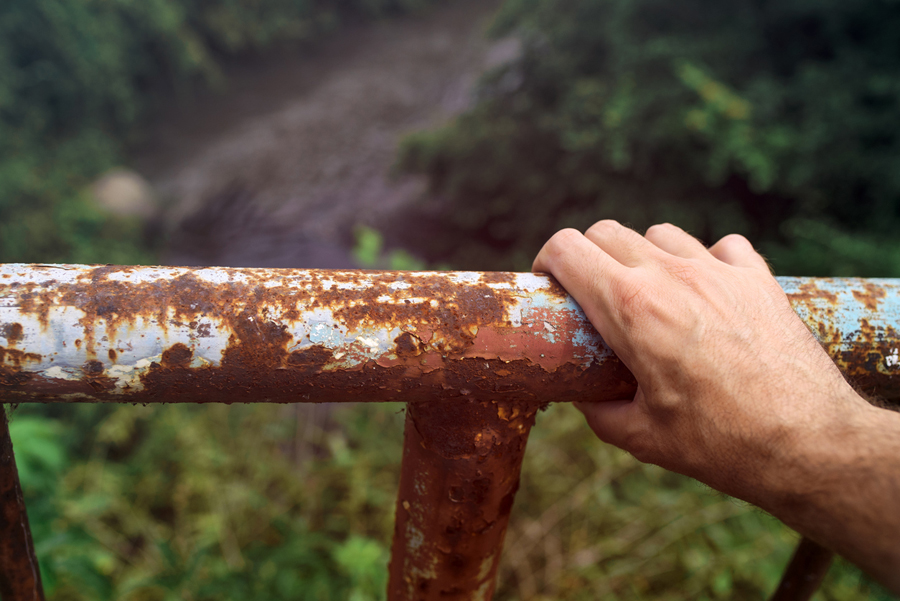 My spiritual master, Srila Prabhupada (1896-1977), used the phrase “Krishna conscious” to describe the soul’s original state of love for God and all God’s creatures. This original nature is instinctively self-sacrificing or “without attachment.” In an interview with commentator Bill Moyers, mythologist Joseph Campbell remembered an event from the 1980s that underscored this compassionate impulse.

Back then, Campbell lived in Hawaii, not far from the Nuuanu Pali Lookout about five miles northeast of Downtown Honolulu. The Lookout is perched a thousand feet above the coastline, and the deadly sheer drop and powerful winds occasionally tempt people looking to commit suicide.

One day while on patrol, two policemen saw a young man standing on the outside of the Lookout guardrail, ready to jump. One officer sprang from the squad car, leaped over the guardrail and grabbed him—with nothing to hold onto. Both he and the young man were being blown over the edge by strong winds when, at the last second, the second officer ran over, grabbed the first officer’s hand, and pulled them both to safety.

A reporter later asked the first policeman why he hadn’t let go of the man’s hand when he realized he was being pulled to his death. The officer didn’t know the young man, and there was no benefit to both of them dying.

The officer thought for a moment, then replied, “I couldn’t let go. If I had let that young man go, I couldn’t have lived another day of my life.”

Reflecting on the officer’s answer, Campbell told Moyers that sometimes in a moment of psychological crisis we experience a breakthrough. We see beneath the surface of appearances to deeper realities. In that instant the officer intuited something more than the surface differences between himself and the man about to die. He acted from an instinct that this man’s safety is really my own. We are connected.

Implicit in the above verse from Bhagavad Gita is the potential for this kind of a metaphysical breakthrough, when living selfishly in ignorance is replaced by living unselfishly in wisdom. In moments of crisis, when there is no time to calculate what choice would be best for our personal interests, the original compassionate nature of the soul can emerge.

Do you see what happened to that policeman? In that moment of crisis, everything else in his life fell away: duty to his family, safety for his own life, all his wishes and hopes for the future—everything took second-place to an intuition that the wellbeing of this stranger was the most important thing in the world. It was an imperative the officer could not refuse. Whether the stranger deserved such compassion was irrelevant to the officer, who felt an irresistible urge to put a stranger’s life before his own.

The Gita informs us that “the wise” (vidvan) recognize all beings as originating from the same source as themselves, called Krishna in the Sanskrit texts, the Supreme Being. Beneath all apparent differences of race, nationality, sexual orientation or ethnic origin, everything that lives is a spark of that Supreme Being. Are we not, then, all family? A Bhakta or devotional yogi sees others in that way, acts “for the sake of leading all the world on the right path.”

That nobility of spirit is the real goal of yoga.