“Therefore, O Arjuna,
Sever the doubts in your heart
With the sword of knowledge.
Armed with yoga, rise up and fight.” 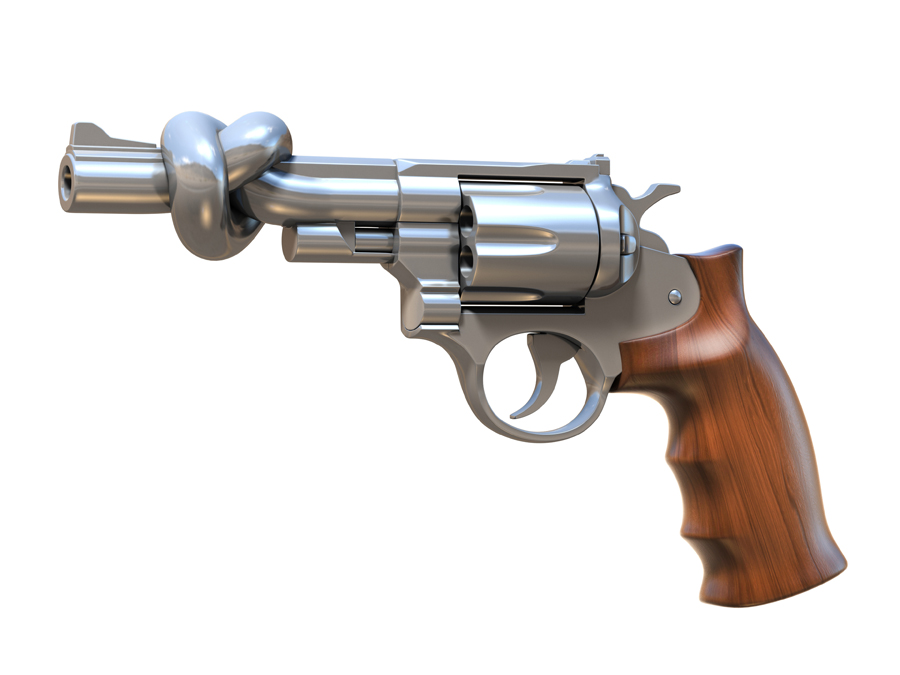 The hero of India’s epic Bhagavad Gita, Arjuna, is at a crossroad. He is intelligent, well-intending, and overwhelmed by a dilemma we all might recognize: the apparent incompatibility of worldly responsibilities and other-worldly aspirations. Arjuna is a warrior who feels the call to a more peaceful, non-invasive life. On the verge of a mammoth war he refuses to fight, even though the enemy is an aggressor who must be brought down. Like Arjuna, once we acknowledge the call to a more enlightened life we may also find mundane duties distasteful. Is it possible to attend to such obligations without compromising our higher self? Is it possible to live in the material world without becoming overwhelmed by it? The Gita responds by analyzing our dilemma through the eyes of a soldier preparing to do battle.

Chapter Four begins with Arjuna doubting Krishna’s claim that he taught yoga to the Sun God millions of years before. It is a common ploy: when we don’t want to do something, we find fault with it or rationalize it away. One of Arjuna’s many excuses for not fighting is to doubt Krishna’s authority. (Doubts, samsayam, as referred to in this verse are not healthy skepticism, which is commendable, but the toxic variety that impedes worthy action.) If Krishna is inventing a personal history, then his instructions are suspect and Arjuna can feel justified withdrawing from battle. Patiently, Krishna explains that “Many births you and I have taken, I remember them all but you do not.” He does not dwell on Arjuna’s challenge but brings the discussion back to the real issue, namely Arjuna’s unwillingness to confront the difficult task ahead.

A simple summary of Krishna’s advice would be: Do good without coveting the results of what you do, and you will avoid the noxious effects of selfish behavior. That is, if you fight because it is your duty and not for egoistic ends, then your actions take place under a mantle of karmic immunity. Nice advice, but there’s a problem. The drawback to such simplistic summaries is that they gloss over the psychic complexities of Arjuna’s dilemma (which is why he doesn’t immediately change his mind and enter into the battle). Look beneath the Gita’s surface narrative, and we discover much deeper insights into the human condition.

Implicit in this verse, for instance, is a reminder that pain and painful duties are inevitable. A discerning yogi does not allow pain or discomfort to interfere with executing righteous work. As described by the Yoga Sutras (2.1): “Accepting pain as help for purification constitutes yoga in practice.”

Yoga philosophy interprets all occurrences as purposeful and supportive of spiritual development. It’s a hard pill to swallow but one that can bring down pain: everything has a purpose. Just how a painful event can serve our personal progress may not be obvious, particularly when it seems random and tragic. Still, Krishna’s core teaching is to not become bitter or run from the vehicle of our progress. Like Arjuna, we will achieve liberation from fear by confronting fear, by “embracing the shadow” as mythologist Ursula Le Guin describes it—by acknowledging divinity even in the most tragic of circumstances.

But how are we supposed to do that? How do we embrace pain? How do we overcome what we fear most? The word hrt-stham (in the heart) in this verse offers a clue. When a situation seems too difficult to face, we move it from our heart to our head. We run from fear by intellectualizing it, objectifying it as Arjuna did. Put simply, when we don’t want to do something we invent lies about it. “I won’t do that because it would be disruptive” or “I won’t do that because it’s an inferior plan of action,” or “I won’t do that because it would hurt others.” In the first chapter, Arjuna gives Krishna a dozen such excuses for not acting. Krishna refutes them all and calls his obfuscations a “petty weakness of heart” (hrdaya-daurbalyam, Gita 2.3). Krishna’s chastisement compels Arjuna to get out of his “head-space” and return to his heart.

The heart, both as metaphor and as dwelling place of consciousness, comes up throughout the Gita. Recently, I asked yoga-practicing cardiologist Mehmet Oz about the role of the heart in his work. His answer is relevant to our discussion about this concluding verse from Chapter Four.

“The heart is our most poetic organ,” he said. “There are hard hearts, cold hearts, bleeding hearts—it is a window into our soul. The heart gives us the unique ability to see inside ourselves and others…and if the heart doesn’t have a reason to keep beating, it won’t. It has been embarrassing for me to sit in front of a patient whose life I’ve saved and discover that he isn’t appreciative because he has no life to go back to. So, the realization for me has been that to climb back from the brink of death, you need more than a new physical heart. You need a holistic approach to life that is sorely lacking in Western medicine. That really opened my eyes. That’s what yoga showed me.”

That is the real purpose of yoga: to find the reason for our heart to keep beating, the reason to persevere when things get tough instead of giving in to the toxicity of fear and doubt. Krishna calls such toxic stress ajnana-sambhutam, literally “produced from lack of knowledge.” The knowledge he refers to is awareness of ourselves as eternal souls, as divine beings (jnanasinatmanah). When Arjuna lost sight of his eternal self, the self which is never affected by fears or insecurities, the notion of living a life diminished through shameful acts rendered him catatonic. Krishna tells him to move the pain out of his head, where he has rationalized it into an excuse for inaction, and see it for what it is: a blockage in his heart. Instead of ignoring the blockage, he says, cut it away with the sword of self-knowledge.

“Cut with a sword” is a strong image, one which points to another profound dimension of this verse. While yoga does induce a peaceful state, it was never intended to impede effective action. Too often “peace” is mistaken for passivity. In its deeper sense, yoga is a preparation for facing problems, for engaging with them and resolving them as reflected in Krishna’s final words here: “Armed with yoga, rise up and fight.” It is significant that later in the Gita (once Arjuna has calmed down and can listen to a more challenging level of instruction), Krishna alerts him to not judge his progress by external indicators. His victory will not come from winning a war but from acknowledging that it had to be fought and doing so.

In other words, the indicators of success for a spiritualist are not the same as those for a materialist. It is significant, for instance, that Arjuna’s victory did not reestablish dharma as had been the war’s intent. True, the Kauravas were defeated and the Pandavas reinstalled on the throne at Hastinapur (present day New Delhi); but the stasis was short-lived. Arjuna and his brothers never overcame the trauma of having caused massive deaths, and within a few years the royal family destroyed itself in a fratricidal battle. And despite the Gita’s fame as a story of good conquering evil, the Pandava victory failed to shake evil’s dominance: No sooner had the Battle of Kurukshetra ended than the Kali-Yuga began.

Yoga does not guarantee material happiness or assure victory in battle. Do material benefits emerge from yoga practice? Sure they do. If you are peaceful, you work better. But we get into trouble when we level such expectations on our practice: “If I do this, then this is what I can expect in return.” What if our yoga does not lead to victory? Should we quit yoga? What if we are obliged to take part in an aggressive war, a war which many find morally repugnant? What would a sincere yogi do then?

“These are bad times,” a friend wrote to me recently from Baghdad. “One of my buddies died in my arms. We had been practicing yoga together for some time, and he was chanting when he expired. That gave him and me both some solace.”

This email comes from a thirty-year-old yogi from Brooklyn who did not enter the military out of patriotic conviction. “I couldn’t care less about U.S. politics,” he writes. “I just make the best of the situation by teaching yoga to the men and women on my team.”

War has been as difficult for him as it has for everyone else in his unit. “We’ve been hit with a lot of IEDs [improvised explosive devices],” he writes. “I took a round and lost some hearing, and I’m only five months in. There was a massive casualty event recently—this was after several suicide attacks in the North—and I credit the Gita with giving me enough strength to lead my team through that. In this town, we had to treat more than sixty men, women and children. Really gruesome material world stuff. There’s nothing more sobering then having to put some little child’s brain back in her head while still speaking soothing words before she dies. I carry sacred objects with me, little deities from India and so on, and I showed them to her and told her stories. She smiled before she left her body. It’s such a powerful thing, this process of yoga. How special this life is, however hard it gets. And there’s always something you can do, even here. Even here.”

That realization—“there is always something you can do”—lies at the heart of this concluding verse from Chapter Four. The first word, “tasmat” (therefore) suggests that even at this early point in the Gita Krishna has provided enough philosophy for Arjuna to change his behavior. Tasmat: “Therefore, now that I’ve spelled all this out for you, get tough. You are superior to the doubts that inhibit you from acting. They do not control you. You may not control the outcome, but you can do something. Get up and do what you can.”

Not everyone faces trials as extreme as Arjuna’s or those confronting a soldier in Iraq. Still, each of us confronts choices at every moment: how to behavior, what actions to take. Usually we are capable of doing more than we imagine. At a time when the world sorely lacks wise leadership, this verse from the Gita gives us much to ponder.