Now in Bookstores: The Post-Apocalypse World

With the current administration intent on dismantling safeguards against destruction of the environment, bestsellers on life after Armageddon point to a growing paranoia: humanity may not be capable of managing its own survival. 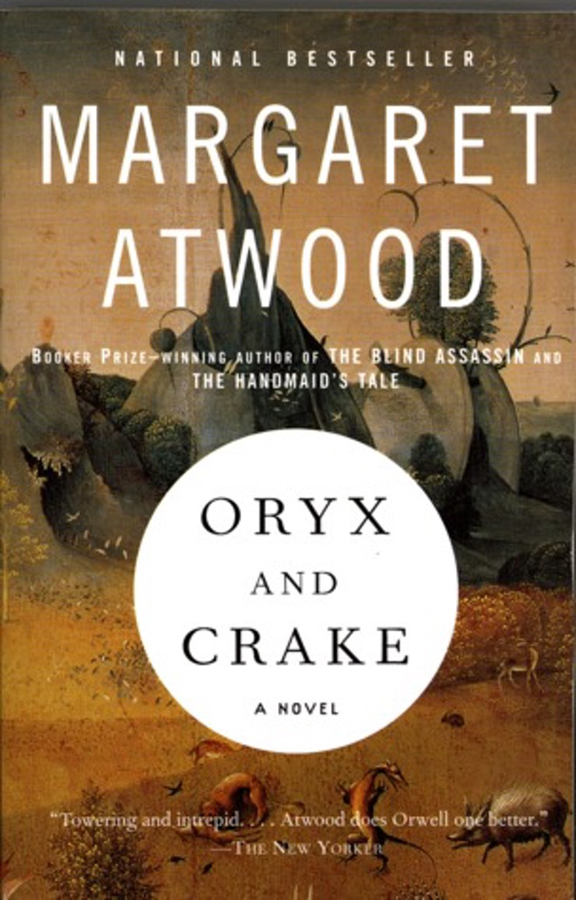 In her book Oryx and Crake, Booker Prize-winner Margaret Atwood tells a cautionary tale about a near-future time when the world has become a wasteland due to genetic experiments gone horribly awry. On her blog, Atwood describes the subtext to her depiction of bizarre crossbreeds and eerie landscapes: “What if we continue down the road we’re already on? How slippery is the slope? What are our saving graces? Who’s got the will to stop us?

“Several of my close relatives are scientists,” she writes, “and the main topic at the annual family Christmas dinner is likely to be intestinal parasites or sex hormones in mice, or, when that makes the non-scientists too queasy, the nature of the universe…. So, I’d been clipping small items from the back pages of newspapers for years, and noting with alarm that trends derided ten years ago as paranoid fantasies had become possibilities, then actualities.”

It was during her writing that 9/11 happened. “It’s deeply unsettling when you’re writing about a fictional catastrophe and then a real one happens,” she says. “I thought maybe I should turn to gardening books—something more cheerful. But then I started writing again. Because what use would gardening books be in a world without gardens, and without books?” 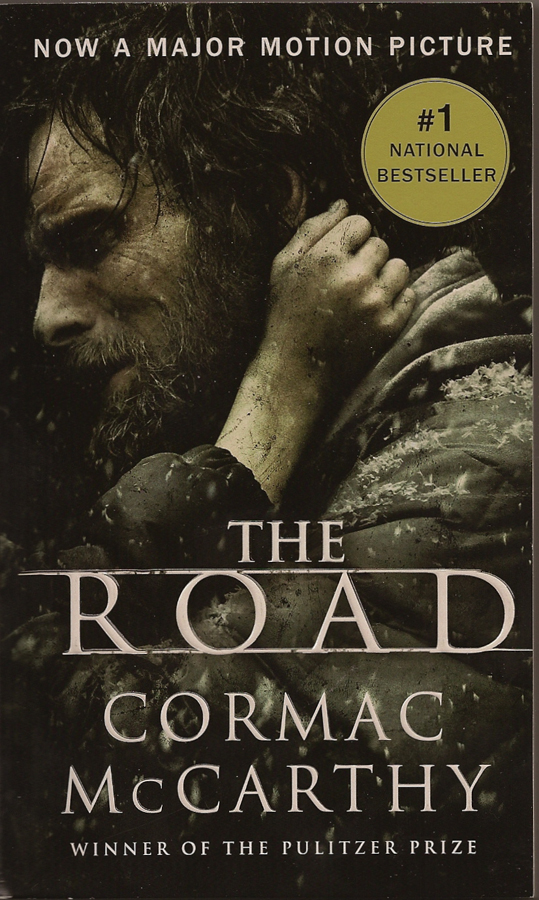 Cormac McCarthy has no such concern for runaway technology in his 2006 bestseller The Road. Its stripped-down storyline describes a man and his young son trekking through an unexplained nuclear-winter landscape in search of food and warmth as they run from bands of cannibalistic outlaws. Scavenging in abandoned towns and withered forests, they provide each other with just enough encouragement to not lie down and die. It is a spare book, filled with hypnotic prose and poignant depictions of emotional longing. Indeed, for all its stark, ash-gray finality, it is McCarthy’s belief in love’s power to redeem when there is no hope for redemption that makes The Road such an engrossing portrait of things to come.

Such portrayals of humanity’s demise might have continued to reside on the Science Fiction shelves, were it not for one unsettling development: we’ve made fiction into potential fact. An apocalyptic caution runs through today’s news, warning us that the same technological savvy which prolongs life also threatens to bring about its end. In a New York Times Op Ed,1 Robert Wright, Senior Fellow at the New America Foundation, describes three ways this might happen.

Wright’s solution to this dire prediction is that “we may have to cultivate our moral imagination, putting ourselves in the shoes of people who hate us. The point wouldn’t be to validate the hate, but to understand it and so undermine it. Still,” he admits, “this understanding involves seeing how, from a certain point of view, hating us ‘makes sense’—and our evolved brains tend to resist that particular epiphany.” 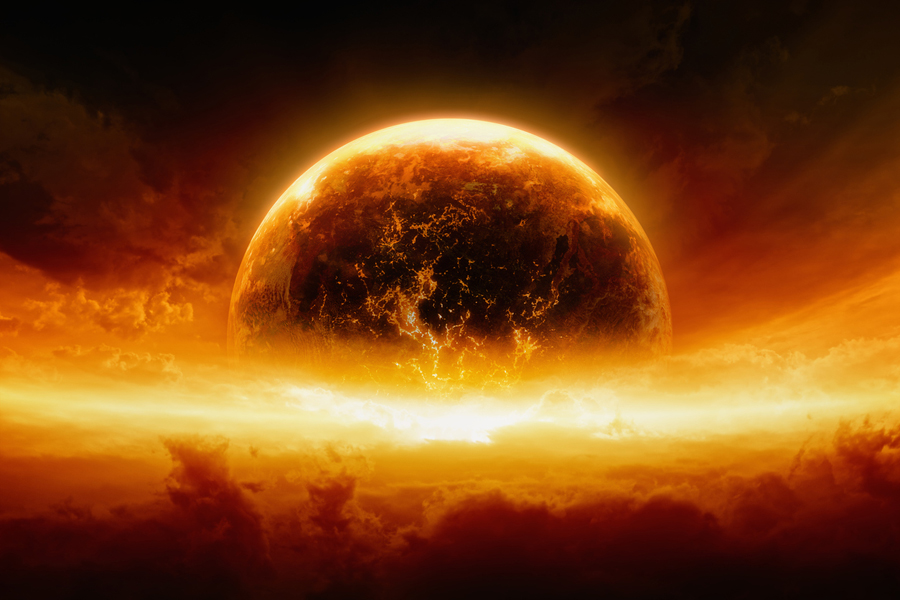 Wright has reason for concern: for most people, there isn’t much impetus to cultivate a moral imagination. Saving the world amounts to nothing more than a nice idea. If cooperation suits our political or economic agenda, we will; if not, we won’t. Global warming and other concerns fail to touch all but the most charitable of souls, or the most wealthy, those who can afford to volunteer as planetary stewards. To quote poet George Meredith, “In tragic life, God wot, no villain need be! Passions spin the plot: We are betrayed by what is false within.”

Like their notable predecessors Brave New World and 1984, the more recent Oryx and Crake and The Road admit the existence of something “false within” that compels post-modern humanity to stop at nothing to get what it wants. In remote history, the Bhagavad Gita used these words to describe those who would put the world at risk for their own ambitions:

“In this world, there are two kinds of beings, one divine and the other demoniac…. The demoniac do not know what is to be done or not done…. They say this world has no God in control, that its main moving force is sex, and following such conclusions they engage in unbeneficial, horrible work that can destroy the world… ‘So much is mine now,’ they tell themselves, ‘and it will increase in times to come. I have killed my enemy and soon others shall also die…’”

Unlike novels that offer no way out of the abyss, Bhagavad Gita reveals a framework that can be world-transforming, one that nurtures compassion, respect for nature, and social action performed for the wellbeing of all. Some scholars point to Chapter 11 of the Gita as a kind of Apocalypse, for it is here that Krishna displays his ability to devour the universe in an explosion of nightmarish imagery and atomic fire. Still, nowhere does Krishna say that this is how things must be. The Gita is overall an optimistic work that resides at the bright end of the literary spectrum.

Guided by the Gita’s teachings, members of the bhakti community benefit from resources that writers and peacekeepers might want to consider when envisioning potential futures for humanity: (1) knowledge of the fundamental oneness of life on its substratum of consciousness, and (2) faith in a beneficent divinity capable of resuscitating even the most devastated of post-Apocalypse scenarios. The two tools go together. Knowledge without faith remains abstract and does not assure change in behavior; and faith without knowledge remains blocked on the level of sentiment and may even fuel fanaticism.

Unlike the wildly popular Left Behind series, which also depicts an end-of-time scenario, the Gita does not posit any exclusive clubs for those who will be saved. A simple acknowledgement that the sanctity of things precedes selfish interests suffices for a multitude of unseen resources to kick in. Amazing, really, what even a hint of humility can do to set humanity back on track.

The Gita may lack some of the page-turner qualities of the current spate of Apocalypse literature (for that you’ll need to revert to the larger work Mahabharata, of which Gita is but a handful of chapters). Still, for an ending that leaves readers feeling hopeful and a bit more cheerful, the Bhagavad Gita deserves a Pulitzer.

These books are available for purchase online: Oryx and Crake and The Road.