We start with a recap of Chapter Six up to the current verse of the Bhagavad Gita.

[BG 6.25]
Gradually, step by step, one should become situated in trance by means of intelligence sustained by full conviction, and thus the mind should be fixed on the Self alone and should think of nothing else.

Mentioned in this podcast

loka-sangraha – to work for the welfare of all beings
paramatma – “Supersoul,” God in the heart of each being as witness and well-wisher accompanying each soul through its many births
pratyahara – controlling the senses
rasa – essence, taste, flavor, mood
samadhi – As the final stage of Patanjali’s eightfold yoga, samadhi is usually considered a shedding of all ego and a complete union with God, a merging in ultimate reality, what might be qualified as nirguna-samadhi. Bhakti leads to saguna-samadhi, or union with God in love, in interest, which implies retaining one’s gunas or qualities. Only in bhakti is ananda part of samadhi. There is no ananda in nirguna-samadhi, only sat and chit features of self-realization.
sisya – student

Joshua: Welcome one and all. I wanted to just recap. This is the sixth chapter of the Gita, which is particularly dedicated to yoga practice. 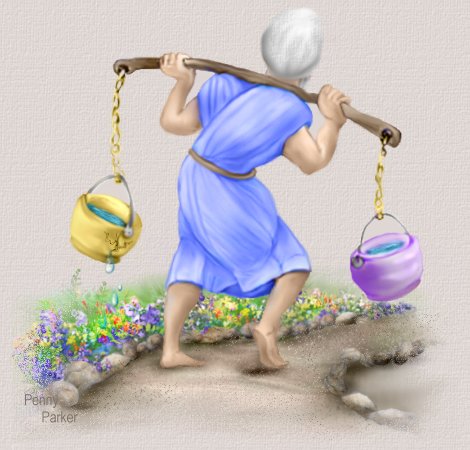 [00:22:18] So what is it that yoga is trying to say to us? That we’re all cracked pots. You know, we’re all crackpots! But it’s that uniqueness of our flaws and imperfections, you might call them, that makes life interesting and rewarding. So, don’t hold yourself or anyone else up to some rigid standard of perfection, take people for who they are and look for the good in them. [00:22:49] So, I guess blessed are the flexible for they shall not be bent out of shape or something else. I always loved that story. I think that’s what we’re being reminded of– you don’t need to give into some artificial image of what the contented life or a full life is. It’s already there, just admire and appreciate the miracle of what’s already around us. It’s pretty cool. [00:23:17] Yadunath: From one crackpot to another, thank you very much. [00:23:18] Joshua: You got it. All right. Thank you all so much. It’s a pleasure spending time with you as always.