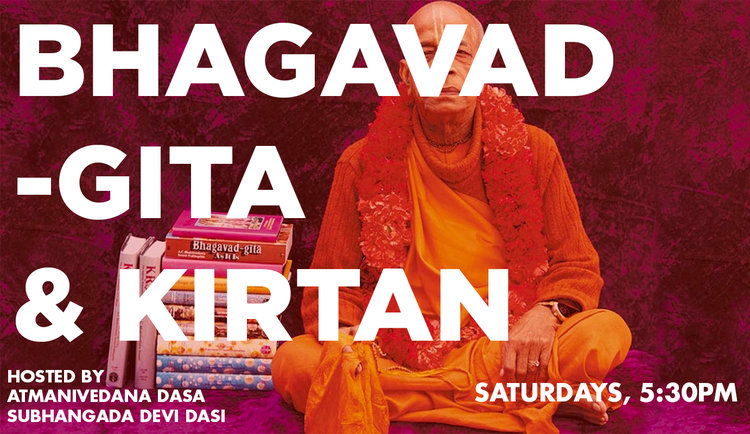 Saturday evenings Atmanivedana das (Atma) and Subhangada dasi (Subhie) teach how to hear and chant sanskrit names for God, especially known as Krishna, in kirtan (accompanied by melodious and rhythmic music). Additionally, the advanced devotees of Krishna teach a systematic study of the Bhagavad-gita As It Is.

Bhagavad-gita As It Is is studied according to an ancient chain of teachers, starting with Krishna, and most recently His Divine Grace A.C. Bhaktivedanta Swami Prabhupada (Srila Prabhupada), the founder-acharya of ISKCON (the International Society for Krishna Consciousness). Classes are on fascinating topics including karma, reincarnation, the soul, the material energy, God, time, and the relationship between the soul, the material energy, and God.

Atma and Subhie’s program at 26 Second Avenue started in January 2011 and is meant for all, regardless of one’s familiarity with the subject matter.